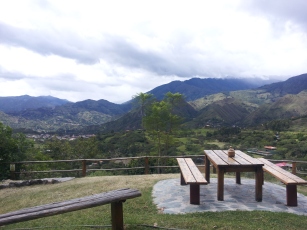 Starting our hike around the valley

Our first anniversary as a married couple was coming up and we decided to go somewhere different. We had been at the beach for the last 4 months so this time we wanted to go to a new place where we hadn’t been before. We chose Vilcabamba.

Vilcabamba is a small town in the southern region of Ecuador in the province of Loja. It got really popular once they discovered there lived one of the most longevous people in the world. Lots of foreigners started moving there , trying to live longer and happier lives. Now is turned into a touristic little town full of nice hotels and restaurants. We didn’t know what to expect from it but we booked a nice hotel and on we went.

We spent only a couple of days in Vilcabamba. The hotel we stayed at is called Hosteria Izhcayluma  http://www.izhcayluma.com/en/ and we loved it. It has the best view of the whole valley, really nice restaurant and even a spa, with really good and affordable massages and treatments. We were in heaven! So for the next few days, we did some hikes around the mountains in the valley, hung out in town and relaxed in the hotel. 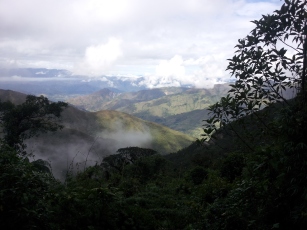 Our friend the mud 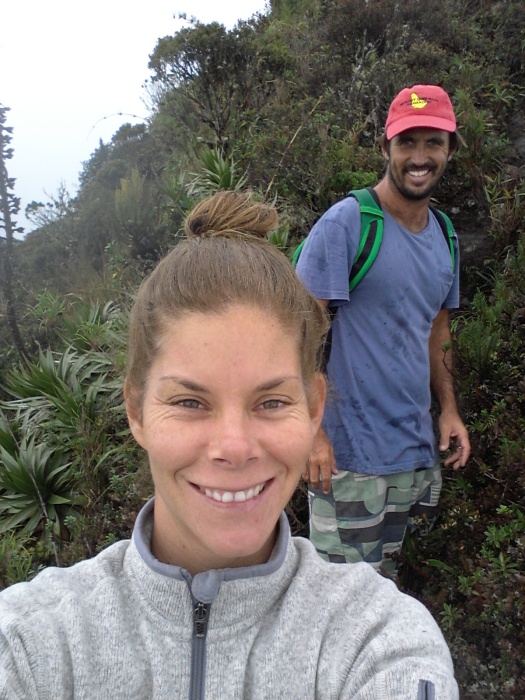 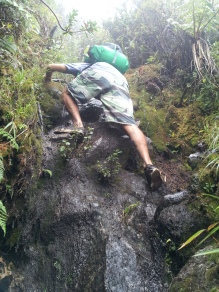 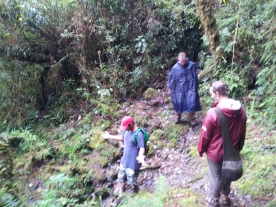 Look how undressed Mick was compared to the rest

On the bus to Cuenca

On our way back to Loja we did a quick stop at the Podocarpus National Park. We really didn’t know much about this national park, but we just thought, let’s go for a nice hike, and what a “nice” hike it was!!

We arrived there early in the morning and met the park rangers at the entry. They just gave us a little map and told us that the whole walk might take us a couple of hours. (nothing else, no advice, nothing!)The taxi took us all the way up as far as he could go and there we started our walk.

It started raining at the same time we left the base camp.(Great!) At first we were really excited, enjoying the view of the cloud forest, but an hour into our walk the mud that seemed fun at first, started getting deeper and softer and our non-trekking shoes started to get wet. Soon after that,  we ran into other hikers, a miscellaneous group of travellers from around the world, Spain, Canada and the Netherlands. They, just like us, had not much of an idea on how the hike was supposed to be like.

We kept going higher and higher on these mountain peaks. We would see one and think, Yes..we’ve reached  the top..but NOOOO another peak even higher would appear. At first we were all laughing and talking, after a couple of hours of this, we were all quiet and thoughtful. To make things worse, the wind picked up and we were freezing. We were definitely not prepared for this. At one point we even thought we were lost, but luckily we were wrong and soon enough we started descending. The scenery started changing and we were walking in between these amazing big hairy trees(the park is famous for them, I think they are actually called Podocarpus like the park).

Four hours later, we made it back to the camp, we changed our clothes, got dry and just on time the taxi arrived to take us back to Loja where we hopped on a bus to Cuenca.  We arrived to Cuenca late that night, got a hot meal and a hot shower and got some well needed rest. 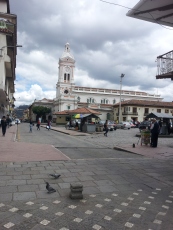 Cuenca is the third largest city in Ecuador and is just beautiful. Mick and I have been to Cuenca several times, we find it an easy city to be at..you can walk everywhere,  there’s always somewhere nice to eat and fun things to do. The next morning we did just that: ate, walk and Mick got a haircut with a barber that we thought looked like he was 100 years old. He did a wonderful job by the way. 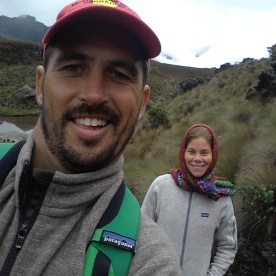 After our day in Podocarpus, we thought we were ready for another challenge so the following morning, we packed all our things and went to the Cajas National Park. This park is probably an hour outside Cuenca. We took all our stuff with us, and left them at the base camp while we went for a hike. Again, in this park, they didn’t even have printed maps for us to take with, they just gave us advice on what track to take (there’s several tracks that vary in distance and difficulty).

Cajas can be very cold.. this time we were really freezing! Cajas was a completely different scenery. It has so many lakes, rivers, amazing mountains with caves; it was like nothing I’ve ever seen before. We walked for about 3 hours again. We got lost for a bit but found our track soon enough. We ran into a son and mother from Germany on the way. We helped each other crossed a river that usually doesn’t have much water but because of strong rains in the last couple of days it was a bit stronger than usual. We got a bit wet doing it, but we made it through.

Once we arrived back, we went to have lunch at the restaurant at base camp. They had a fireplace where we put our shoes to dry, got changed and went out to the highway to stop the next bus going to Guayaquil. It took almost an hour for the next bus to pass by. We were completely frozen by the time we got on the bus, and to our luck, there were no sits available so we travelled standing up for the next 40 minutes. Once we got our seats, we felt just so thankful to be able to relax for the next few hours back to Guayaquil. Sitting on a different aisle than me, I looked at Mick and thought, how nice it is to have a husband that likes doing all these fun things with me. Happy first year Mick! 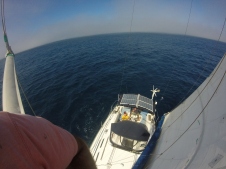 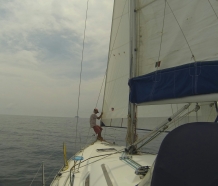 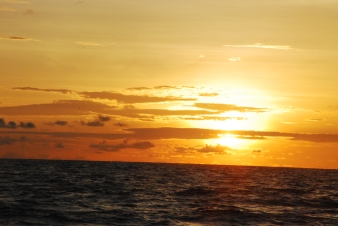 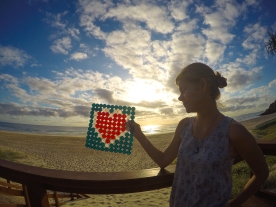 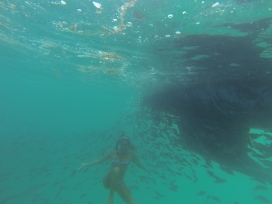