It was a Wednesday, it had been raining for a few days and although we weren’t that excited about leaving port in such wet conditions, we were tired of waiting and decided it was only a bit of water and would be alright to start our 500 mile journey to the Tuamotus.

Ten minutes after we had come out of the bay in Nuku Hiva, big black clouds got on top of us and a very strong squall of a bit more than 30 knots started. This usually wouldn’t have stopped us but this time it just gave us a bad feeling and the sky did look like there were so many more like that one coming. So for the first time ever, we decided to return to port and wait for better weather.

The next morning, the conditions were much drier and the forecast predicted winds of 15 knots for the next few days. We left with high spirits and Ondular was enjoying a nice beam reach and easily making 6 to 7 knots. By the end of the day the wind picked up a bit more and we were kept on our toes throughout the night and the next day as we had several visits from cheeky squalls.

By the fourth day, the squalls had stopped and we had pleasant sailing with steady conditions. We were only 60 miles and one night away from our destination, the atoll of Makemo, one of the biggest in the Tuamotus but unfortunately by sunset we could see that exactly where we were going to, there was a massive front being formed with angry looking clouds.

Before life on the boat, clouds were meaningless to me. I could admire their different forms but that was it, they really didn’t represent anything to me. But being on a boat, in the middle of the ocean, clouds take a completely different meaning; they can be your best friends or worst enemies and when you see clouds like these ones, you really wish with all your heart that they would go away, but they usually don’t.

So as you continue sailing towards them, you try not only to prepare yourself physically by shortening the sails and putting your weather gear on, but more importantly mentally and you’re kind of on the edge, feeling anxious, moving slowly towards the black sky not really knowing what to expect.

We had two nights and two days of rough weather. After the first night, we had to make the hard decision of changing our plans by changing our route and instead of going to the Tuamotus keep sailing until reaching Tahiti. We made this decision based on the fact that this weather pattern was going to prevail for several days which would make the currents and waves at the entrance of the atolls much stronger and bigger. We also didn’t feel like it was a good idea to be inside the atolls, where there isn’t much protection from the wind for the next week or so; going to Tahiti seemed like a better choice. 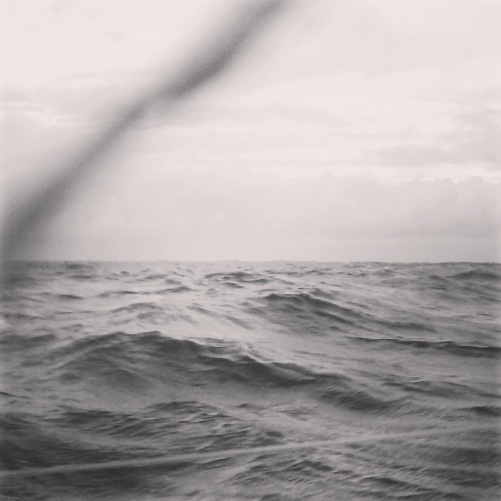 Atolls seen from a distance of 8 miles 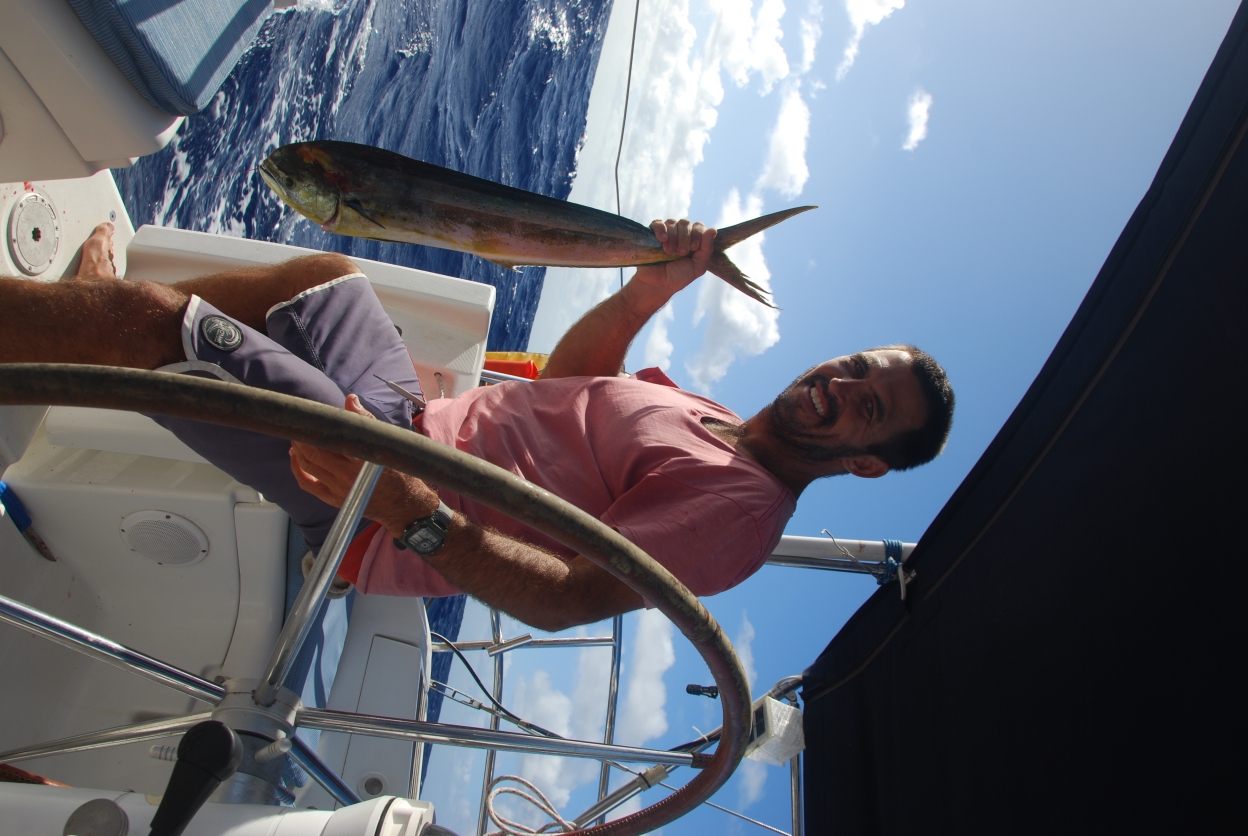 Mick pretty happy with his catch

What impressed me the most was the consistency of the wind’s strength, 27 knots for hours, sometimes hitting the 30s and very rarely going down to the 20s. By the end of the second day, the sea started to get bigger and by sunset we were going down big waves and reaching 12 knots. There was no way our auto pilot was going to hold on these conditions and we were too tired to try and steer like this all night. The forecast showed that the weather was improving in the next 12 hours so we decided to heave to, have a bit of a rest and wait either for conditions to get milder or for daylight so that we could steer more comfortably.

By sunrise, although the wind was still blowing, there was a little blue hole in between all the grey in the sky which gave us hope that the front was through. And luckily we were right, the worse had passed and for the remaining 3 days we had blue skies and nice steady winds.

It was a difficult passage due to the fact that we weren’t mentally prepared for spending that much time at sea. I even found it at times more difficult than the long Pacific crossing; we had definitely worse weather, it was only Mick and I, so we got less sleep and more time on watch but we made it afterall and we also had some good times in between it all.

We caught a mahi mahi, played yatzee on the cockpit when it was calm enough and had some good laughs. We also had a few tears, the worse one was during the strongest conditions, while serving dinner and a wave came and made me spill the curry vegetables and left us with almost nothing left to eat. I lost it badly and Mick even said he was actually worried that I wasnt going to be able to stop and when he thought it was over, I would start crying again. It lasted some good 5 minutes of letting it all out.

With more settled weather it gave us the opportunity to do some more research and see whether we really wanted to go to Tahiti or somewhere else. Because the reality is that our plans not only changed during this passage but also our bigger plans had changed in the last few months which gave us a different perspective on everything.

Our plans at first were to get a longer visa for French Polynesia and stay here for a while and then continue to Australia next season. But we couldn’t get the long visa so we have to leave by the end of August. That, plus being away from Australia for almost 3 years, made us change our itinerary and now we’ll be storing the boat here in Raiatea and flying back to Australia at the beginning of August to be there hopefully for a maximum of 6 months. That would give us enough time to see family and friends, spend Christmas there and save some more money to continue our trip.

With all of that in mind, we later changed our route again and decided that maybe the little island of Huahine would be a better choice to spend the last month here; it’s known to have some great waves and a chilled vibe.

So here we are, we got here yesterday and the first thing we did after getting the anchor down, was to go to town and we just walked around for two hours; it felt so good to just move our legs. At night, for the first time in so long, the boat was completely still and we had a great night sleep. 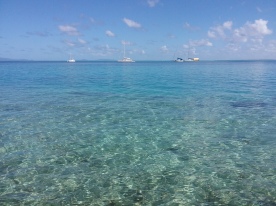 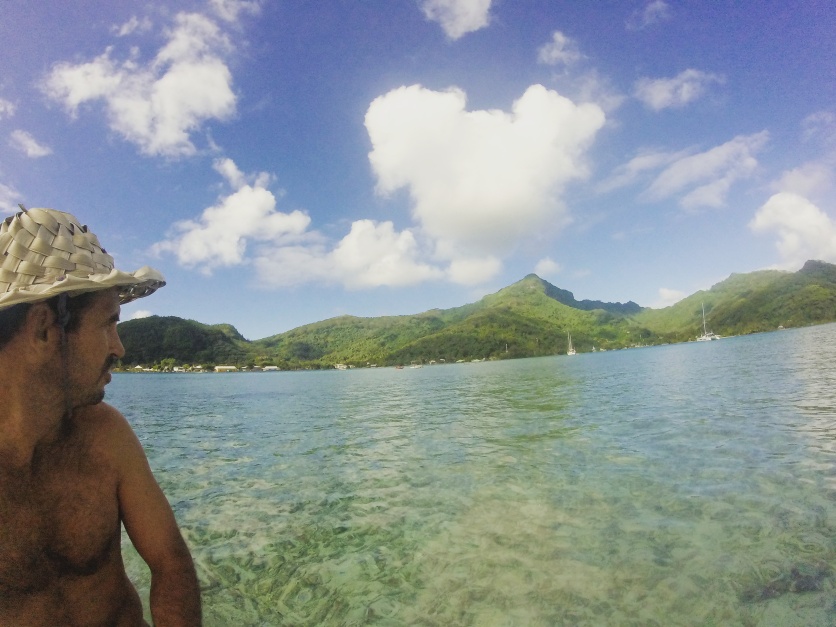 We have around 4 weeks till we have to make the move to Raiatea to get the boat ready to be pull out of the water and stored and our new reality to begin. Until then, we are in one of the most beautiful places we’ve ever been, we have to eat all our stored food and there’s a swell coming. Life is good!

A tropical family portrait back in early March. #tuamotu
"As above, so below, as within, so without, as the universe, so the soul"… ~Hermes Trismegistus~ #earthday 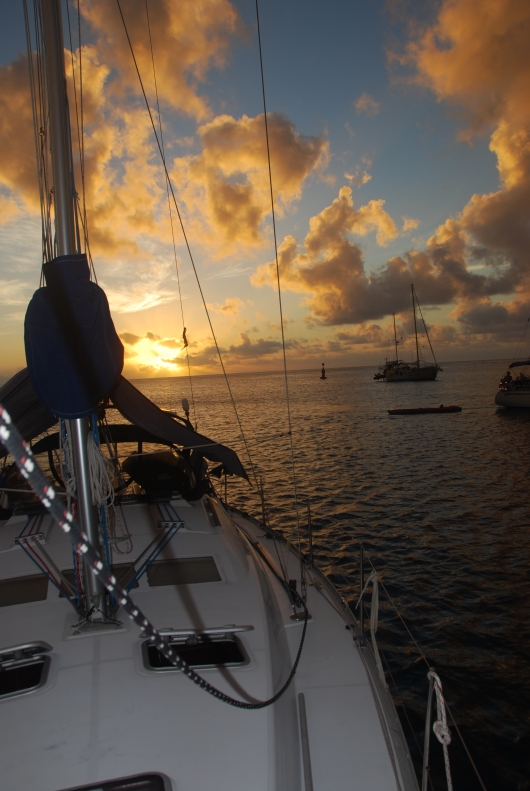 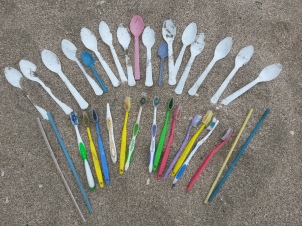 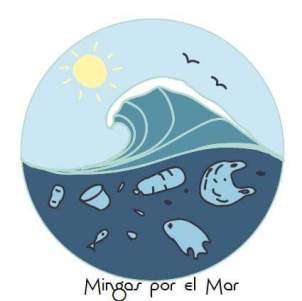 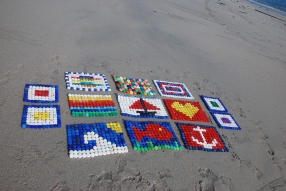 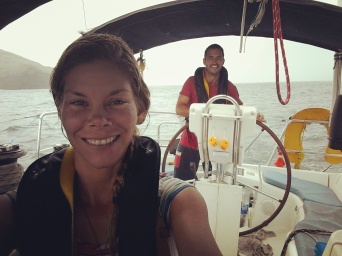 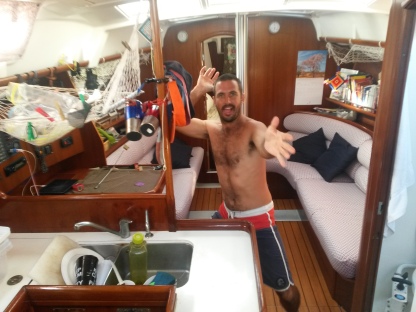 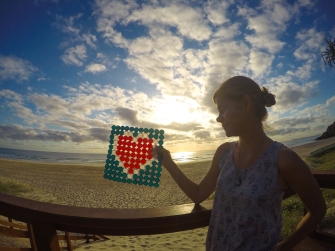 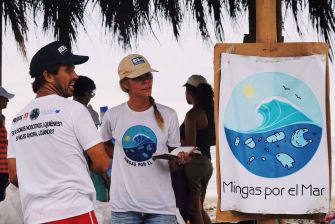 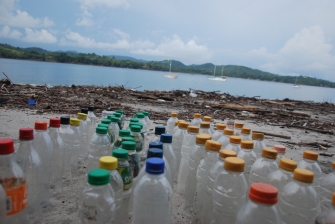